Our Torah Scroll, A Holocaust Survivor 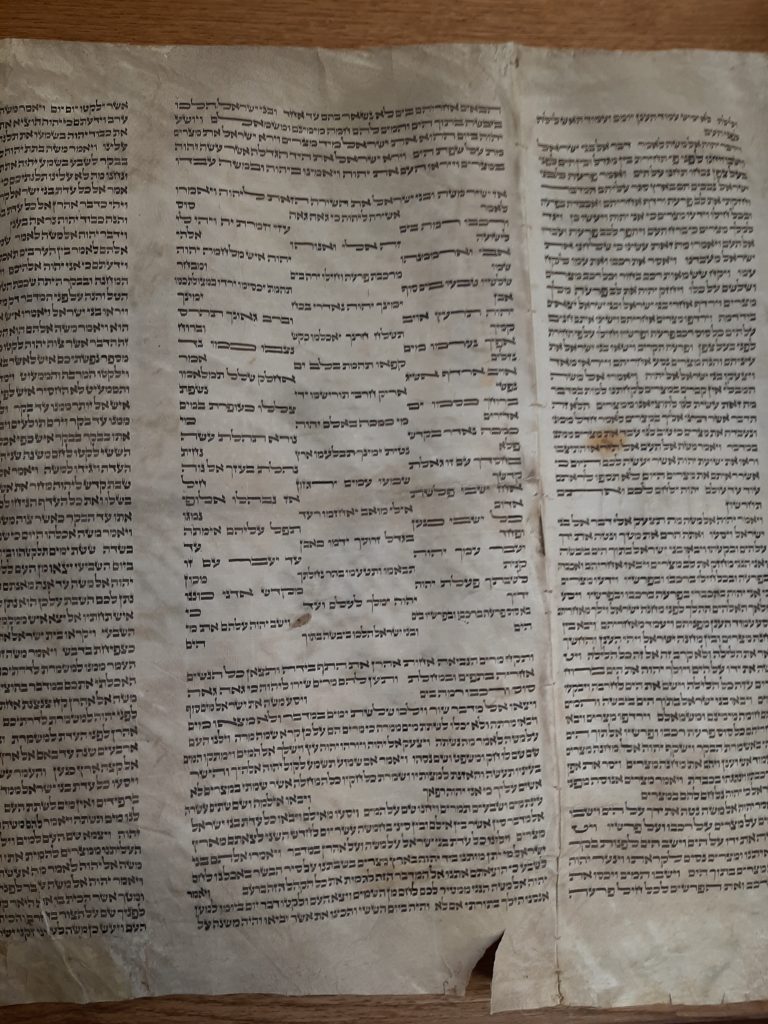 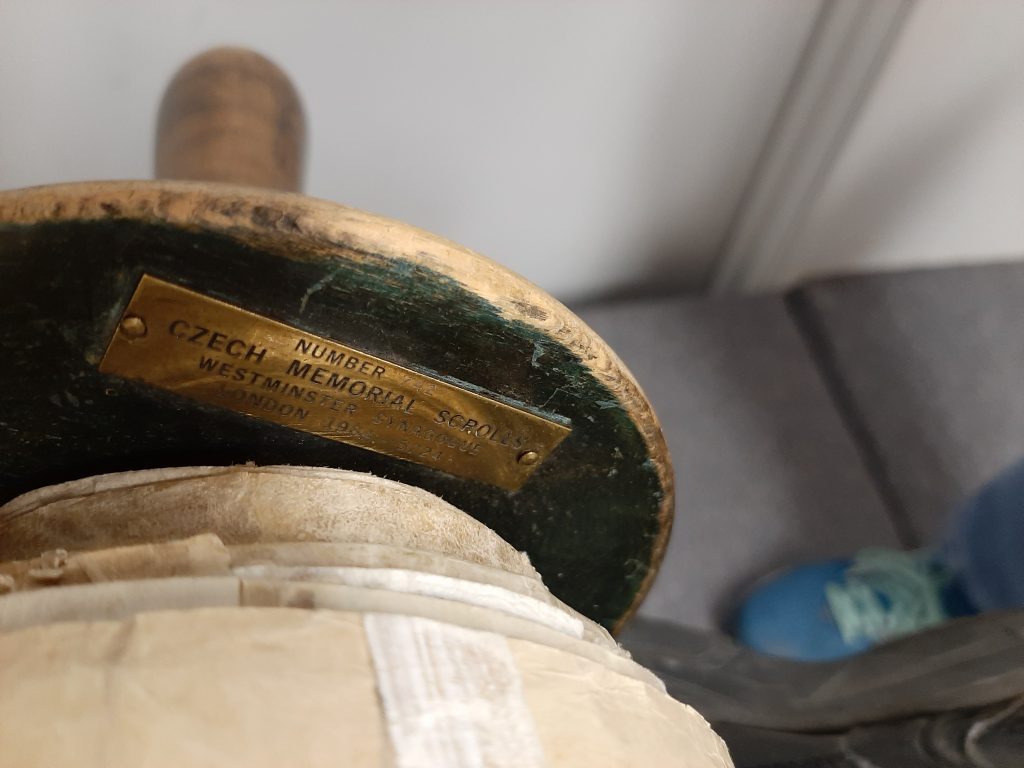 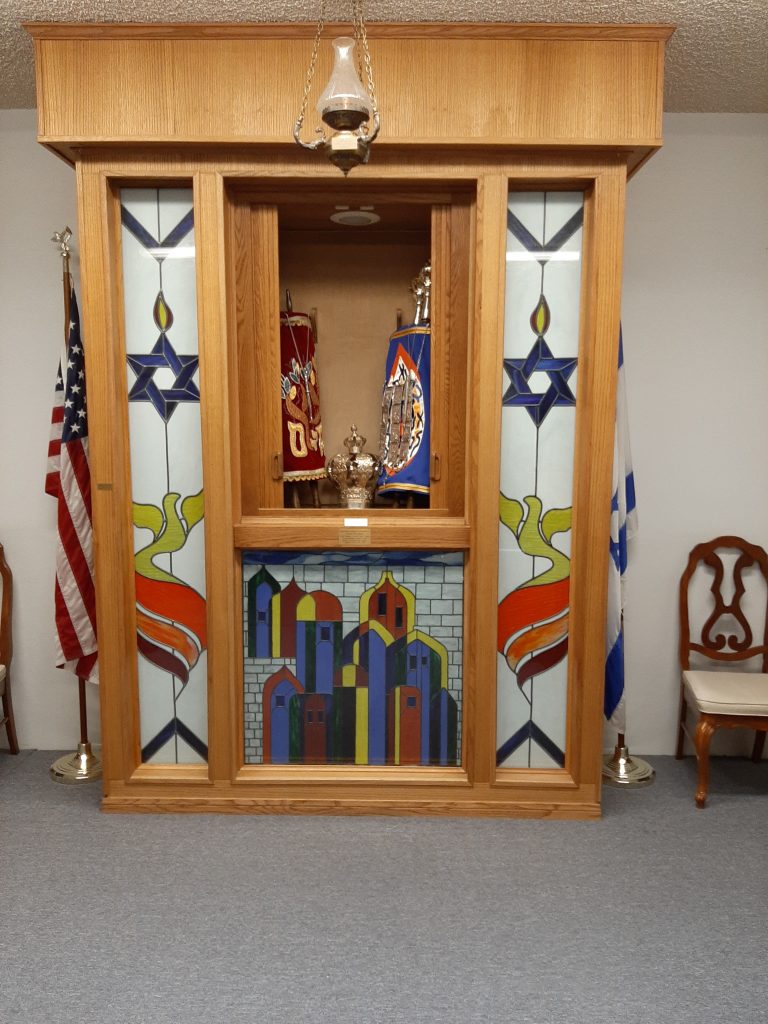 Congregation Bamidbar Shel Ma’alah in Victorville, California, was founded in 1978 and affiliated with the Reform Jewish movement that same year.  As a new, very small congregation, there was limited ability to purchase a Torah Scroll.  Then Congregation President Bill Rodman reached out to Memorial Scrolls Trust (MST) located in Knightsbridge, London UK (www.memorialscrollstrust.org), about obtaining a Torah Scroll on permanent loan.  In July of 1979, Bill Rodman took receipt of Czech Memorial Scroll MST#742 upon its arrival at Los Angeles International Airport on a British Airways flight.

Czech Memorial Scroll MST#742 is from the town of Hodonin on the River Morava in the southeast of Moravia in the Czech Republic.  A Jewish community existed in Hodonin as early as the first half of the 17th century and our Memorial Scroll was written during the 18th century.  While a general expulsion occurred in the 18th century, 13 families were permitted to stay.  The Jewish population increased into the 19th century, with 983 Jews residing in Hodonin by 1910.

The Republic of Czechoslovakia was dissolved after the Munich Agreement of September 1938.  After their invasion in 1939, the regions of Bohemia and Moravia became protectorates of Nazi Germany.  At the end of 1942, the Jews of Hodonin were deported to concentration camps. Before their deportation, many ritual objects from the synagogue of Hodonin were transferred to the Central Jewish Museum in Prague, part of a total of over 200,000 artifacts sent from communities in Bohemia and Moravia.  Jewish curators catalogued all the Judaica.

1,564 Torah and other Scrolls were acquired by the Westminster Synagogue and brought to London in 1964.  The Memorial Scrolls Trust, a non-profit charity, was created to care for the Scrolls and distribute them to communities and organizations around the world.

In 1970 there was a small Jewish community in Hodonin affiliated with a synagogue in the town of Kyjov (12 miles away).  The synagogue in Hodonin had been torn down due to extensive damage during the war.  By the 21st century there were virtually no Jews remaining in Hodonin. The two Jewish cemeteries there are owned by the Jewish community of Brno (45 miles away), which funds a caretaker for their maintenance.  One of the cemeteries contains a memorial to the victims of the Holocaust.

Today, our Congregation cherishes Memorial Scroll MST#742.  For many years it was our only Torah Scroll and was read regularly during Shabbat services. It was taken to a Sofer in Los Angeles numerous times for examination and repairs.  However, several years ago, repairs were no longer possible and the Memorial Scroll was deemed not kosher for use in services.  At that time, we purchased a kosher used Torah and now both Torah Scrolls share the ark.  Each Scroll is proudly paraded throughout the synagogue during Simchat Torah.

Our Congregation is honored to provide a home for Memorial
Scroll MST#742, a very unique and historical Torah Scroll, symbolizing the endurance
and continuation of the Jewish people.

There is no current calendar.
All Calendars